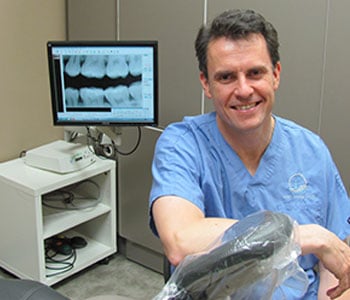 Cam grew up in Lloydminister on the border between Saskatchewan and Alberta.

He played hockey for RPI- US College, WHL, AHL, ECHL and was drafted by the Edmonton Oilers and played for the Heartford Whalers organization travelling throughout the United States.

He joined Tuscany Dental Centre in May of 2005 rounding out the practice.

He married Susan and they have 2 boys.

Favorite family meal – 6oz fillet rare+ with a side of vegetables.

He coaches both boys hockey teams and enjoys dedicating time to minor hockey in Calgary. 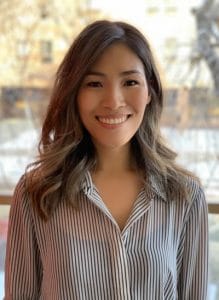 Ever since I was young I knew I wanted to be a dentist as clean teeth and healthy, beautiful smiles are my passion.

I moved to Regina for High School and then studied a BSc and BA at McMaster University in Hamilton. Following my passion for Dentistry, I spent 2 years at the University of Toronto researching and working with Sjogren’s syndrome patients before finally deciding to obtain my dental degree from the University of Sydney in 2015. Of all the places I’ve lived Canada is my favourite, so it was an easy decision to come back and work. I have called Calgary home ever since.

My joy comes from helping the patients I see become partners in maintaining and improving their oral health and coming up with a tailored treatment plan that works best for each patients’ unique circumstances. I make it a priority to attend high level continuing education courses throughout the year to ensure that I can provide the best level of care for my patients.
I’m a firm believer that prevention is the best medicine but when the time comes for treatment, I strive to maintain a compassionate, caring and low stress environment.

I’m fluent in Korean and English.

Most of my free time is spent with my husband, Tristan. We love finding new places to eat and exercising for health and to burn off those extra calories! We love travelling and exploring new places locally and abroad. I look forward to hearing your best recommendations.

We Are Open! Covid Safety.

We want you to know that we are open and observing Covid-19 safety protocols. Patient health and safety is our #1 priority, and we use personal protective equipment for all our staff to serve you in a safe and healthy environment.

If you have missed or had to cancel your dental hygiene appointment or had to delay any treatment plans due to COVID-19, now is a good time to book your next appointment.

Please call or email us if you require an appointment.